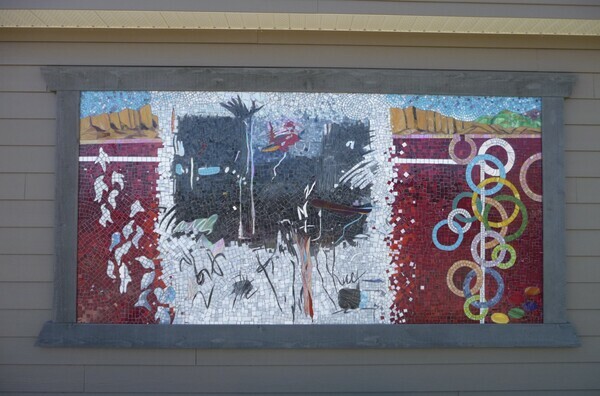 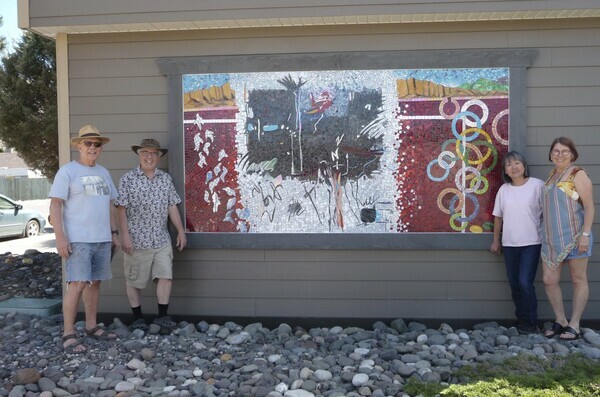 "Sister City Synergy" is a glass mosaic mural installed on the exterior of the Ashcroft Public Library. It is one of several now in the community, a product of the "Mosaic Studio" operated in "The Hub" by Marina Papais and Daniel Collett.

This mural is a combination of a painting by Kazuhiko Nagaki of Bifuka, Japan and a mural design by Royden Josephson which was painted in Bifuka in 2014 to commemorate the twenty year anniversary of the sister city relationship of Bifuka and Ashcroft. "Sister City Synergy" speaks to the importance of forging and nurturing relationships between our communities and cultures. Marina and Daniel are dedicated to promoting harmony between diverse cultures through their public art projects. Their current project, "The Harmony Piece" pays tribute to the Chinese, Japanese, Indigenous and Settler components of our community.